Luck Be A Lady 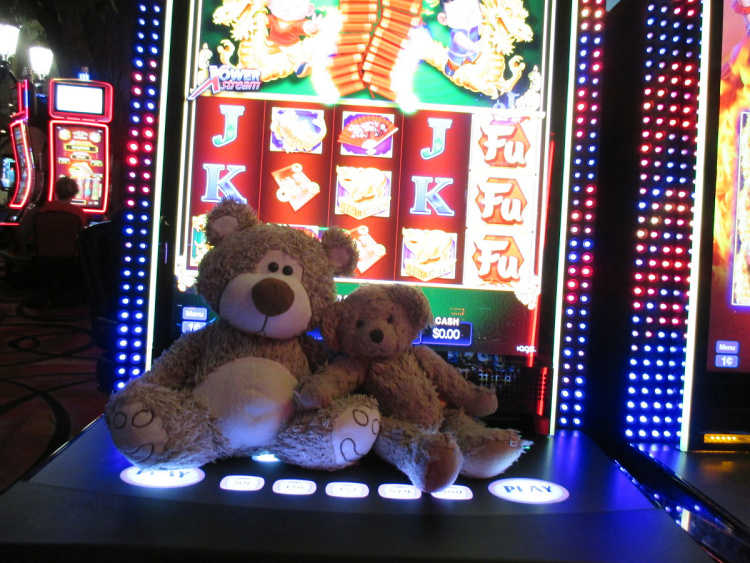 Tumbago is on a parole and TLB is his parole officer. 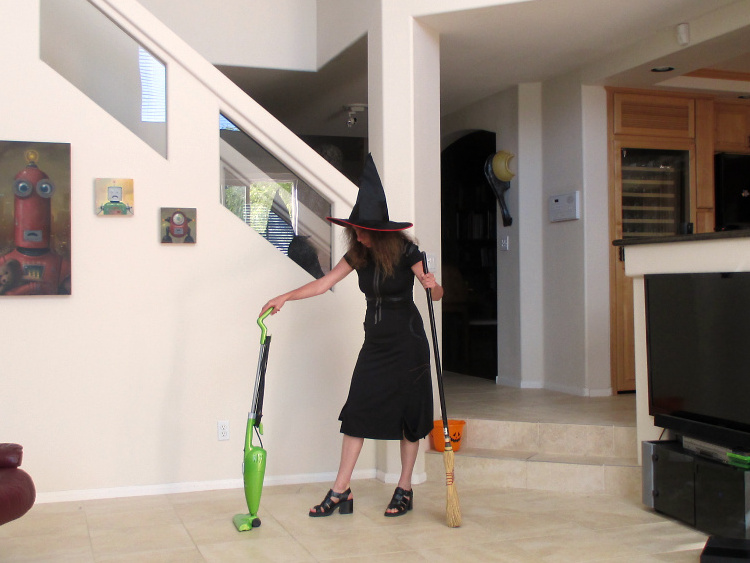 Choosing the mode of transportation. 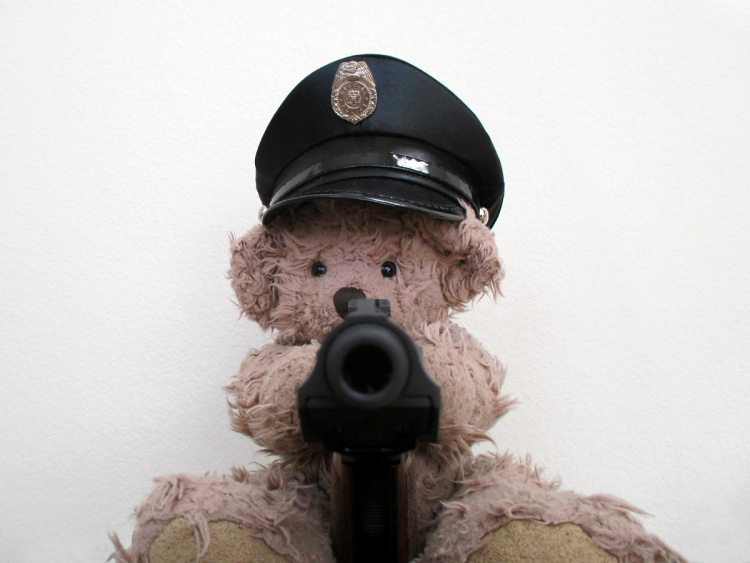 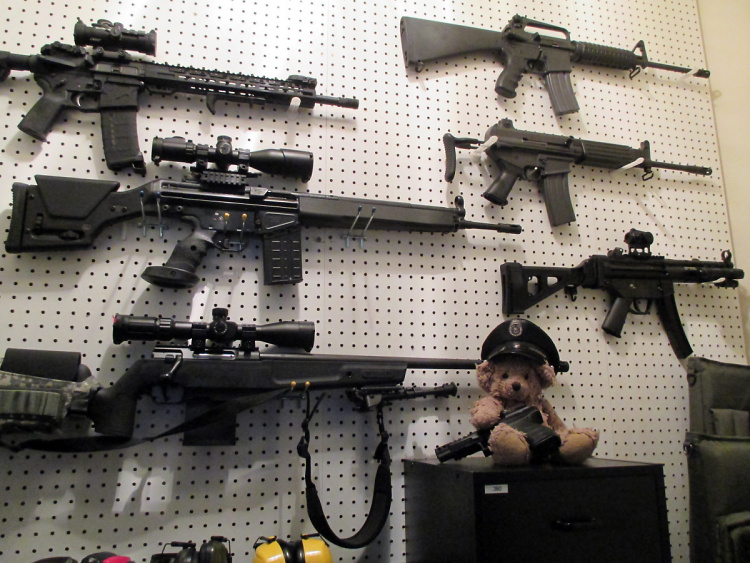 Delta offered me to check the hand luggage and since I had 8 hours to kill in Amsterdam - I agreed. This was a precedent for TLB to travel in the cargo. Unfortunately the cargo was honey. Not after we arrived in Vegas it wasn't. Tumbago was pulled from the airplane under the influence and disorderly. 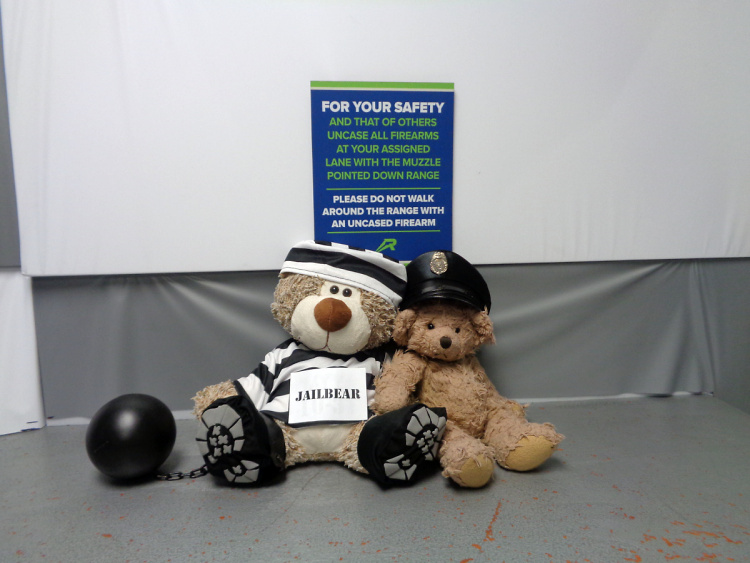 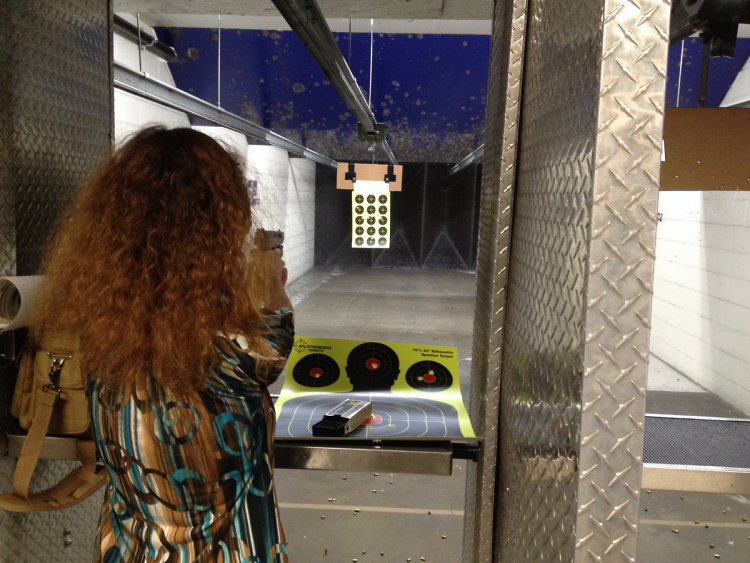 First time shooting in my life. I am natural.
I wonder what else that I haven't tried I could be good at. 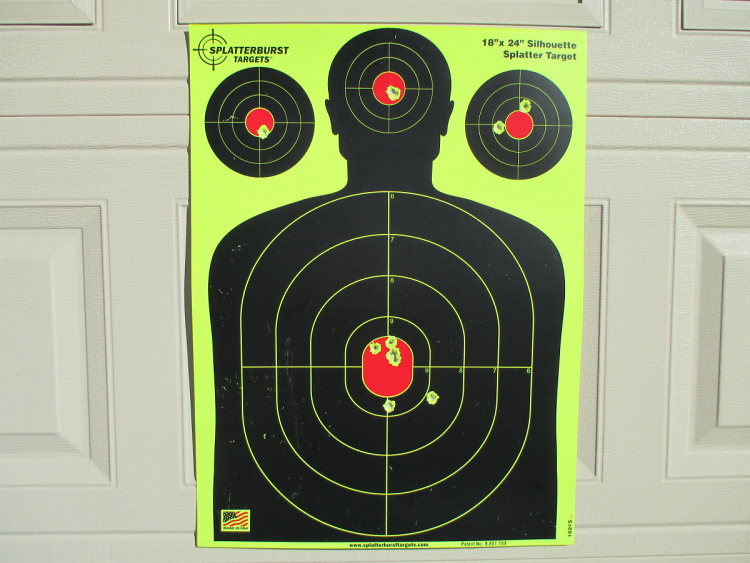 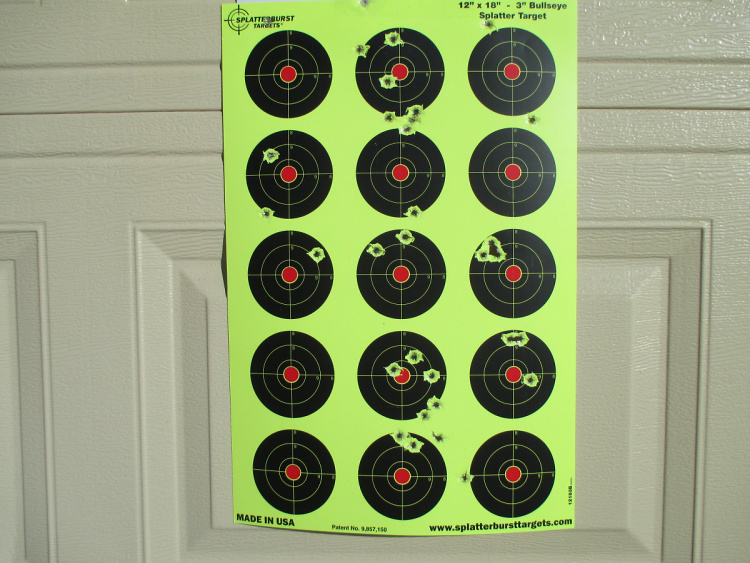 Fun and joy around the pool 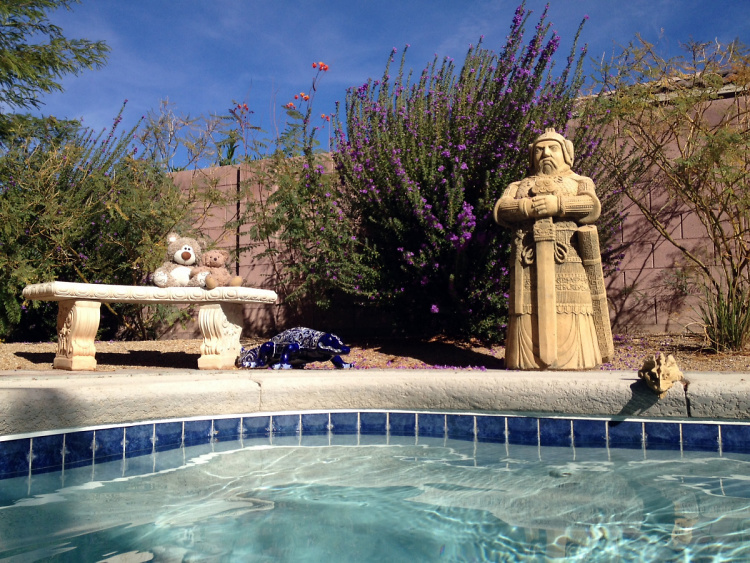 Back together with our friends around the pool. 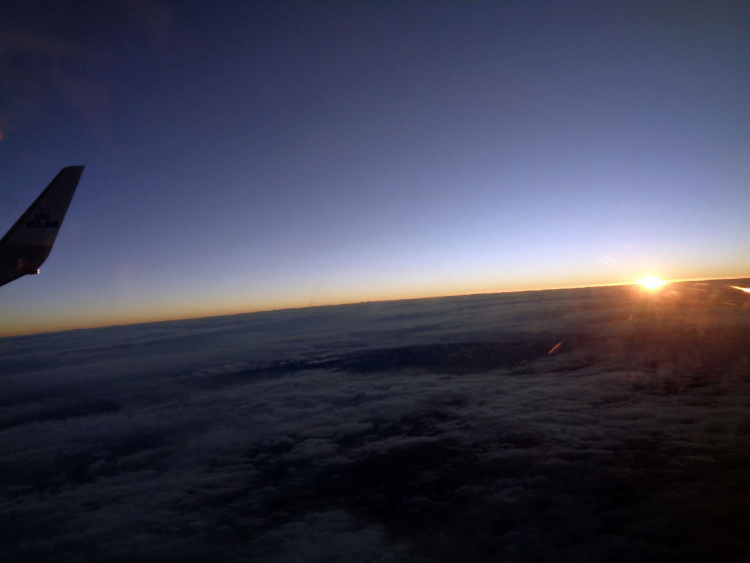 It's a new day, and the begging of a new adventure.

Delta offered me to check the hand luggage and since I had 8 hours to kill in Amsterdam - I agreed. This was a precedent for TLB to travel in the cargo. He is outraged. I am sure I will be hearing from the legal team. 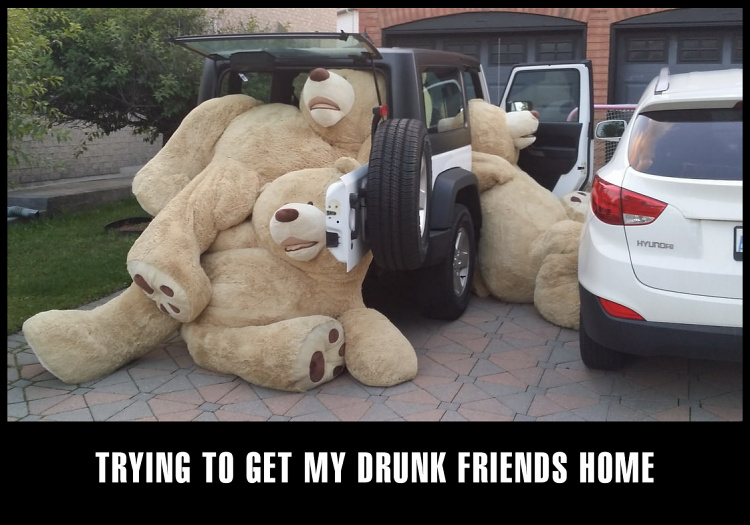 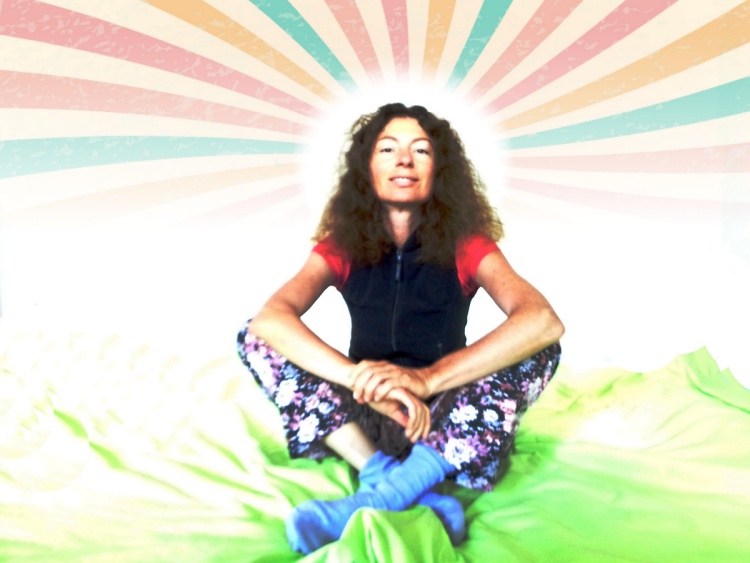 Today is my birthday. Not los peluches, but mine. Life has never been better!

Pay no attention to that (wo)man behind the curtain! 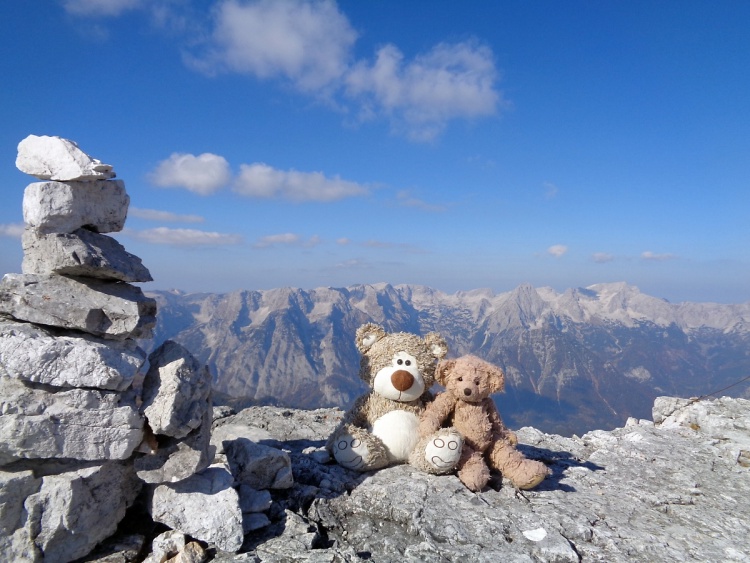 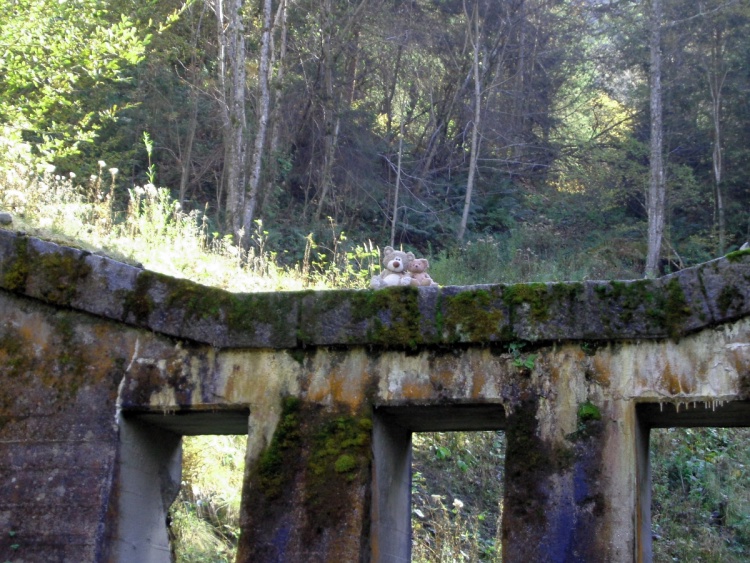 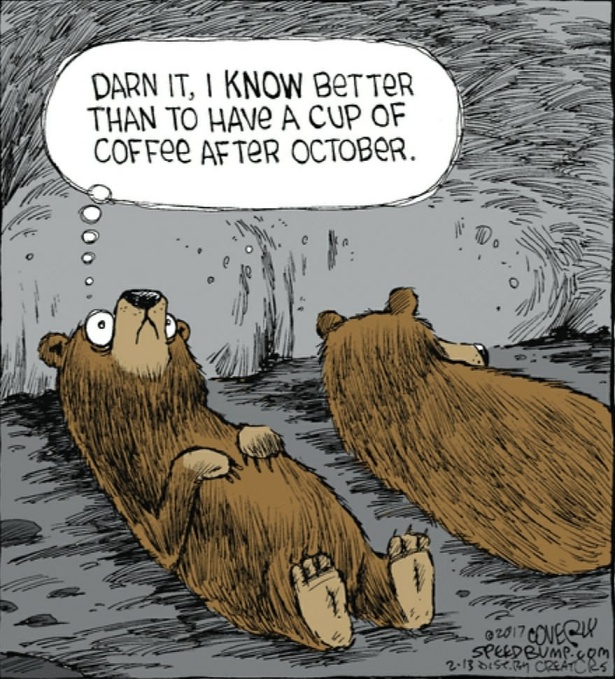 Darn it, I know better than to have a cup of coffee after October. ~ by Dave Coverly 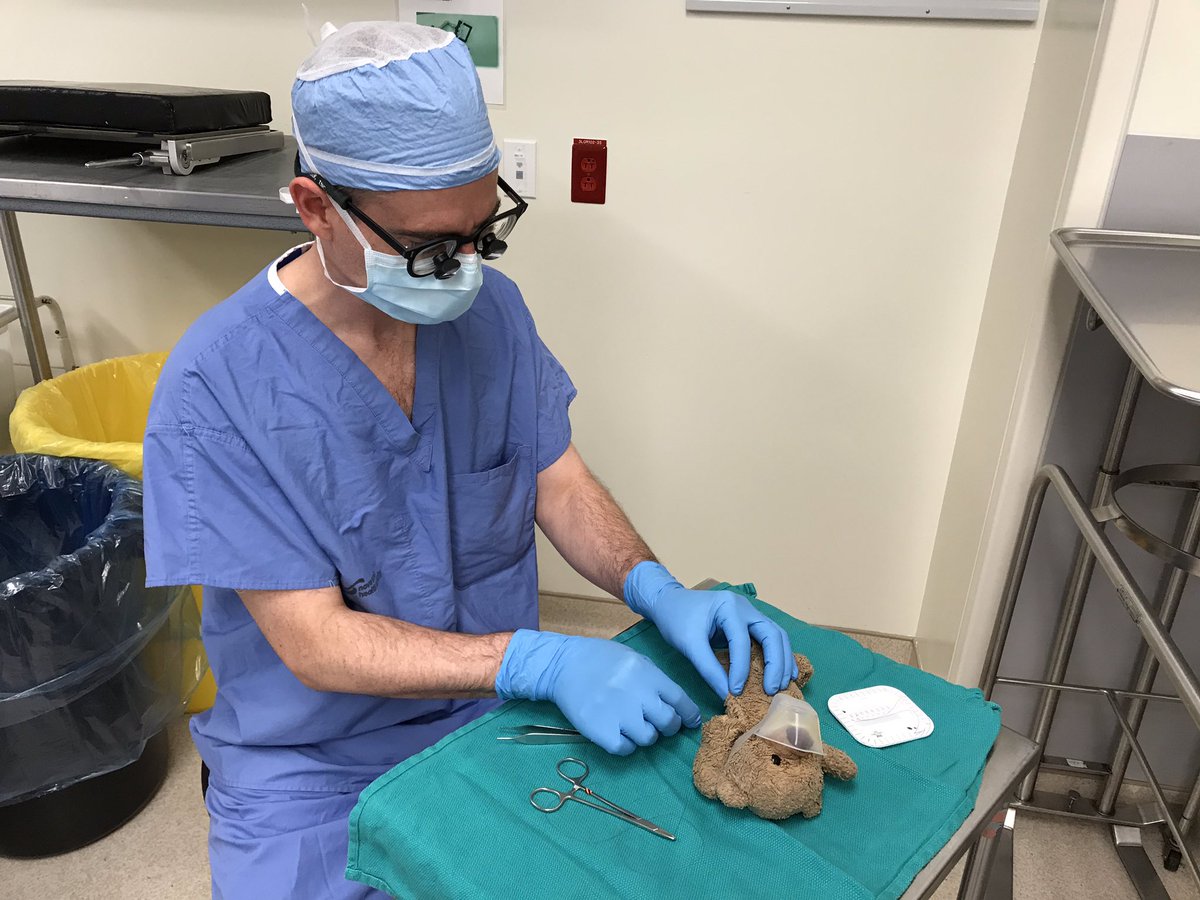 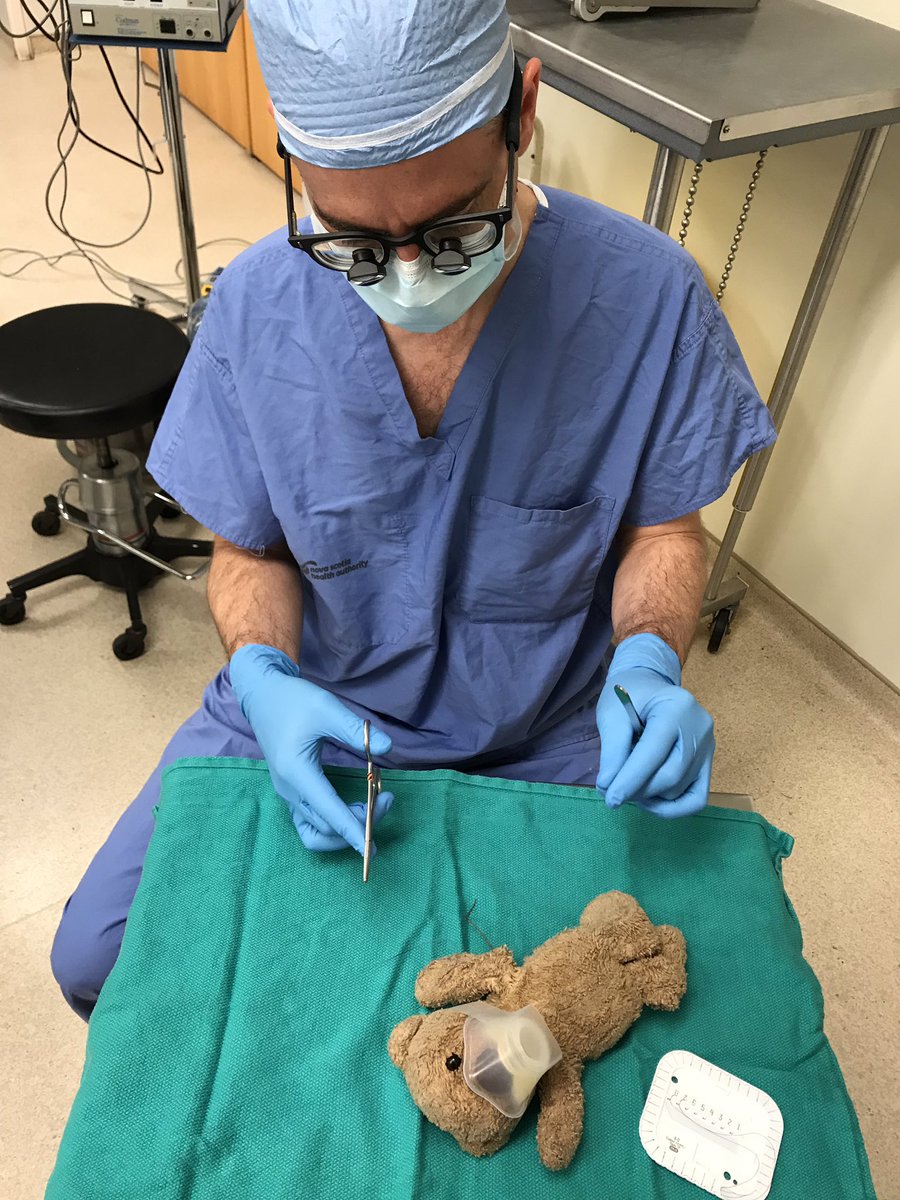 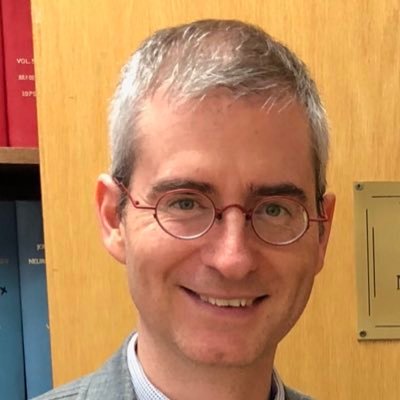 A Canadian surgeon has performed a daring experimental procedure without anesthetic - on a teddy bear. Although he had no prior experience with stuffed-bear medicine, Dr Daniel McNeely agreed to operate at the request of the cuddly toy's owner. Jackson McKie, eight, was heading into surgery when he asked the doctor if he could also fix his bear Little Baby. Jackson has a brain condition, and Dr McNeely has been one of his primary neurosurgeons since birth. "How could I say no?" Dr McNeely tweeted along with pictures of the bear operation. The tweet has since been shared almost 13,000 times.

He diagnosed the toy with a tear in the underarm, and gave the bear an "oxygen mask" during the procedure. Little Baby - who is always at Jackson's side - was able to grin and bear it. Both patients are recovering after successful procedures. Jackson suffers from hydrocephalus, an accumulation of cerebrospinal fluid. Dr McNeely, who works at IWK Health Centre in Halifax, Nova Scotia, was repairing a shunt. The small tube helps drain the fluid from Jackson's brain and release pressure. 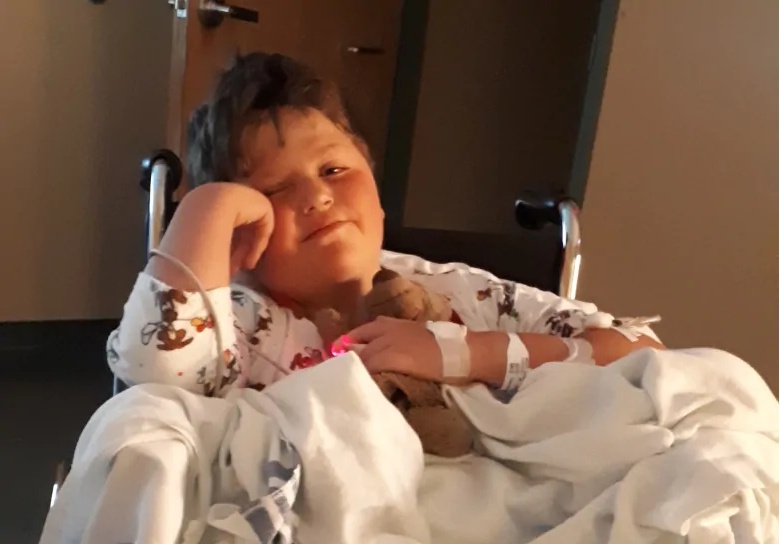 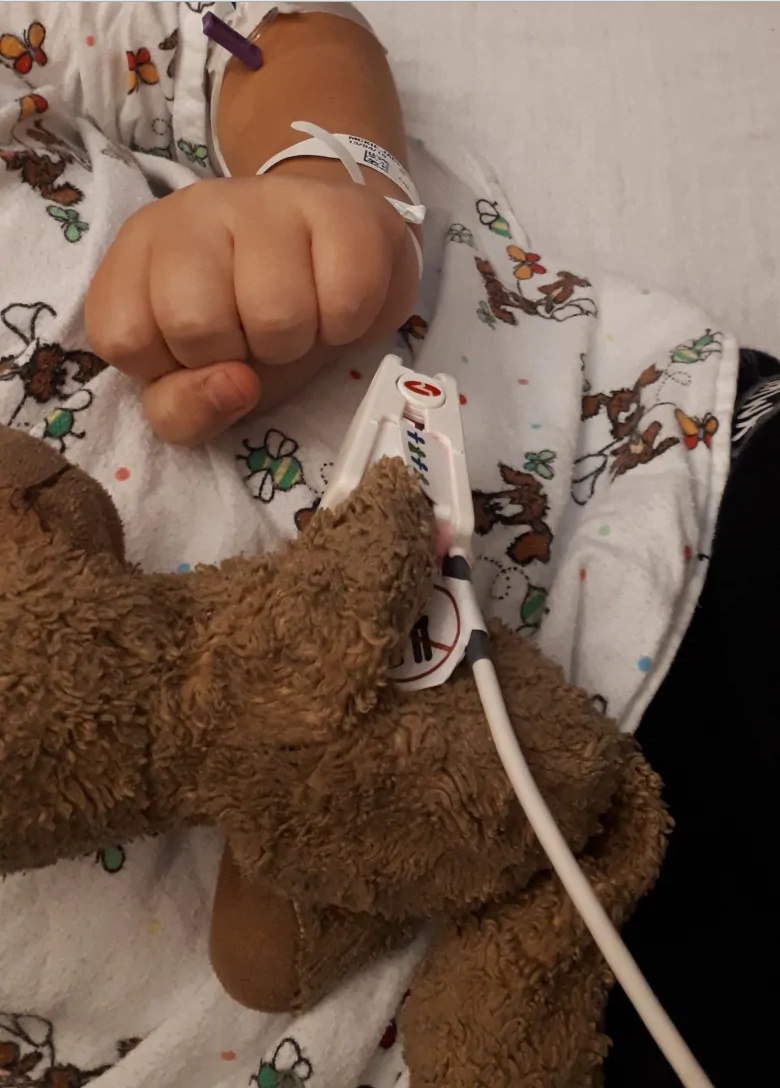 Jackson McKie, 8, of Summerside asked his pediatric neurosurgeon to repair his ailing bear. A Halifax pediatric neurosurgeon had his skills put to the test when a young patient asked him to take on a double surgery and repair his ripped teddy bear. Jackson McKie, 8, of Summerside, P.E.I., was having a shunt repaired last week at the IWK Health Centre in Halifax. He brought his trusty friend, Little Baby, along for the journey. "It's his best buddy," said his father, Rick McKie. The bear was given to the family when they went to get an ultrasound to find out the sex of their baby.

"When he was born, he had it ever since with him. Through thick or thin." But the inseparable duo were both under the weather. Jackson, who has hydrocephalus, was suffering from bad headaches. Little Baby was diagnosed with a tear of the underarm. As the pair went into the operating room, Jackson made the surprise request. His surgeon, Dr. Daniel McNeely, happily obliged.

"There's always a few stitches that are left over from the case itself and they normally get disposed of," said the physician, who got to work on Little Baby as soon as Jackson was stitched up, making sure to give the bear "oxygen" and monitor his vitals.

McNeely says kids often bring stuffed animals into the operating room for comfort, but the request for the dual operation was a first.Despite his lack of experience with bear cubs, McNeely said he "wasn't too worried" about having the appropriate qualifications. He happily reported both procedures were successful.

When Jackson woke up, he was over the moon, said his father. "He was so proud. He had Little Baby laying up in the hospital bed with him and everything." McKie said he was amazed and thankful that the surgeon went out of his way to grant Jackson's request. "It made us feel better about being there."

McNeely decided to post the photos, the first time the surgeon has ever tweeted. The reaction has been contagious, with people overwhelmed by his act of kindness. "It's not what I was looking for," McNeely said of his newfound fame. "I just thought I might make some people smile somewhere."

The McKie family has printed off photos of the second surgery, so Jackson now has framed copies. His father said Jackson's on the mend but has some emotional moments. As for Little Baby's recovery: "He's coming around. According to Jackson, he's a little moody, too."

I can relate with my ordeal in Sulawesi 2012 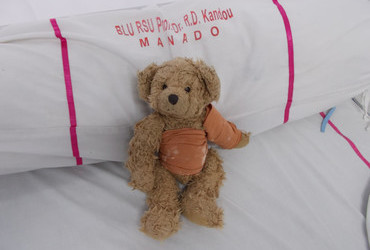 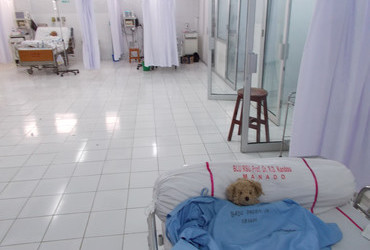 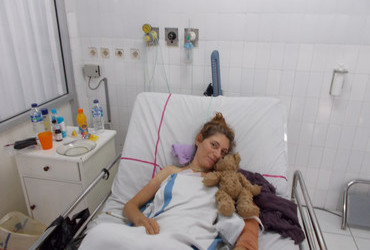 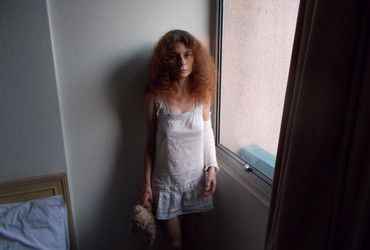 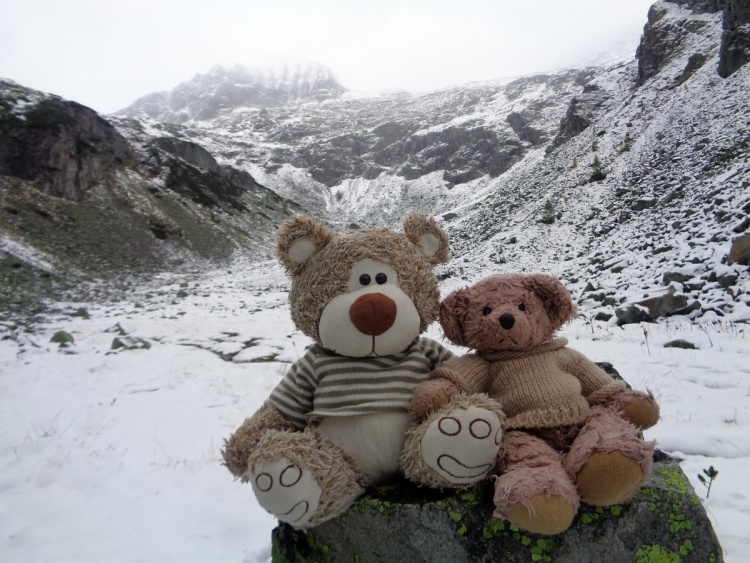 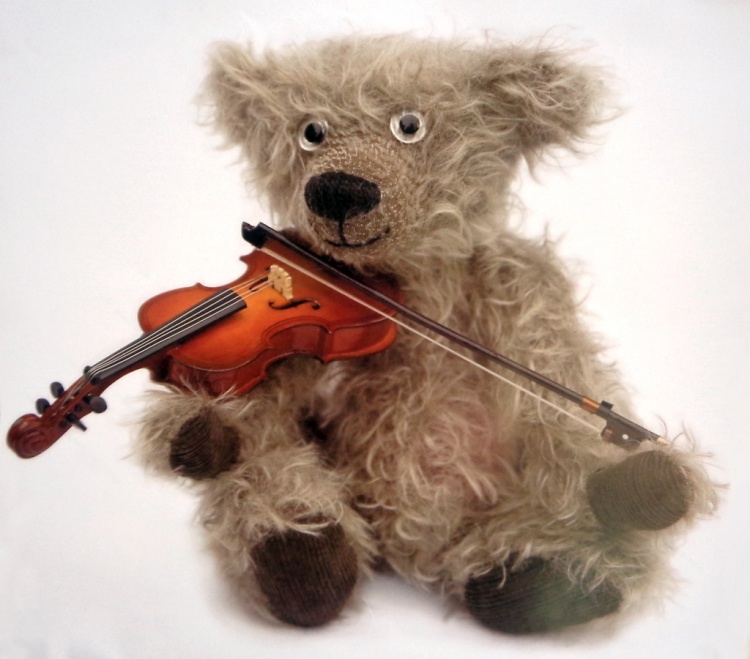 Coldn't turn the page of the calendar in Rottenmann without adding El Virtuoso to our collection of great bears. BTW oso is bear in Spanish.