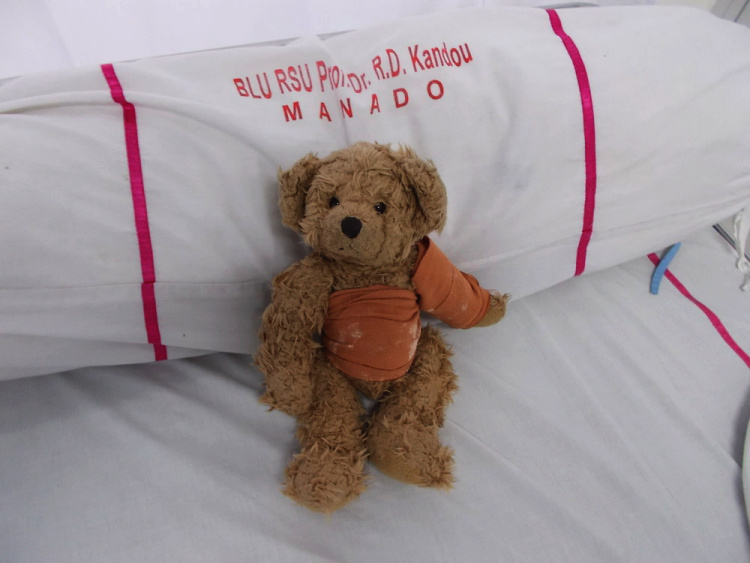 Don't want to go into too much medicine, but the recap is 6 broken ribs resulting in flail chest, shattered shoulder blade, fractured elbow in need of operation, subdural hematoma from head injury. 10 days in I.C.U. with tube draining my chest from blood. It became clear that the surgeon is pro conservative treatment of my chest, besides the hospital didn't have the equipment to operate. My birthday present was evacuation from Indonesia to Malaysia - this is how far the money went. 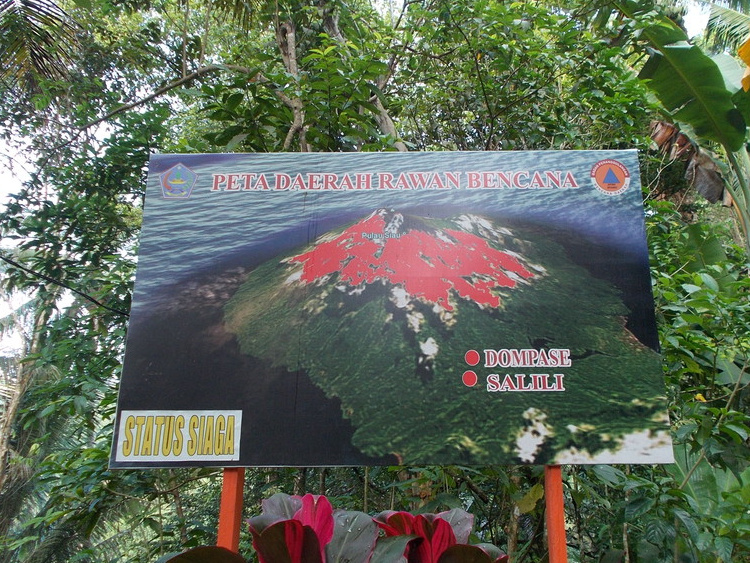 Our boat arrived before sunrise on the opposite side of the island. We had to cross the island to climb Karangetang. The whole island is a mountain, so we went up and down. This was our most remote point of this trip. After paying our respects to the volcano we were bound to head back (south) and go home. At this remote island I had to reach (and I am happy to say I did) the age of 2 ( my DOB is 14 July 2010). The terrible twos took a whole new unexpected and unwanted meaning for me. On 14 July 2012 on our way back to take the boat to Sulawesi after a week of adventures, we hopped on the back of a truck full with construction materials - sand, iron rods etc. Going down the mountain vehicle's breaks failed and we crashed into a rock. I was only 2 years old and this was my first trip. Things went south from here. 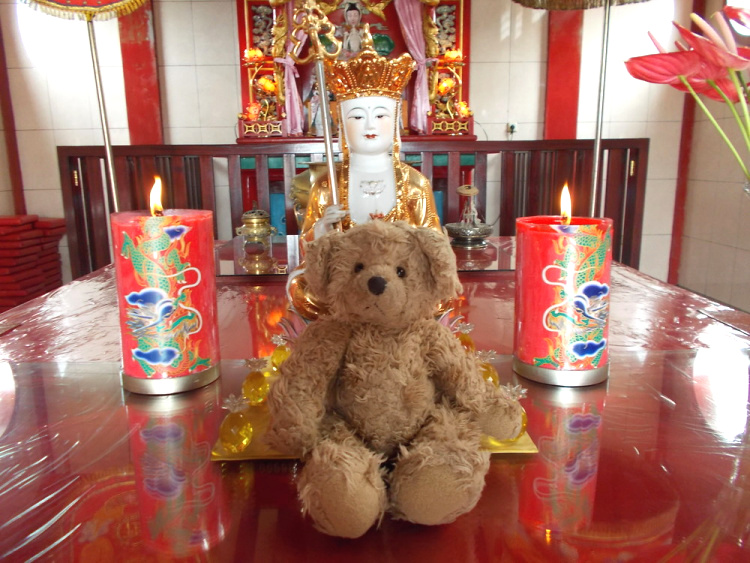 They worship me. Well, most of the time. Some deities don't like me for some reason. 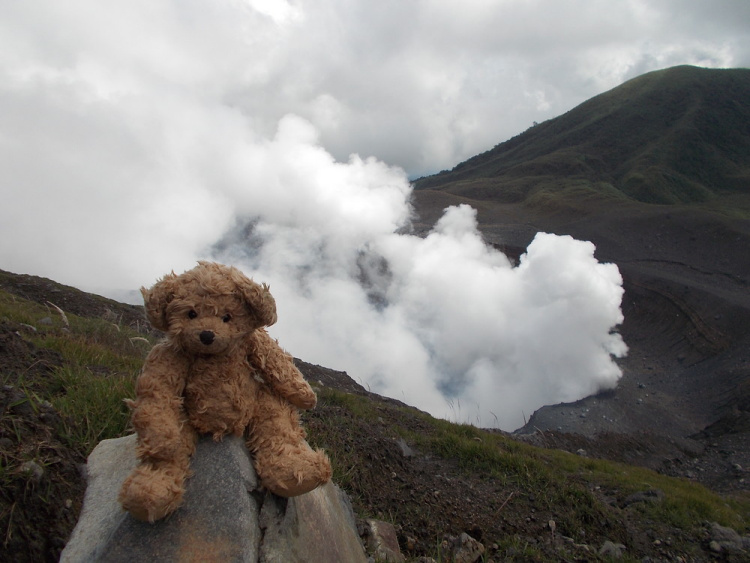 So far so good. Lokon (last eruption April 23, 2012) and Soputan (last eruption 14 August until 7 September, 2011 that completely changed the terrain and so far there is no climbing to the craters, the volcano has 2 craters) checked. No surprises here.

We are taking a boat tomorrow to Siau and hope to climb Karangetang, which is one of Indonesia's most active volcanoes. On 11 March 2011, a few hours after an earthquake in Japan caused a Pacific-wide tsunami, Mount Karangetang erupted again. Other than that the island is know for its beautiful and pristine beaches. 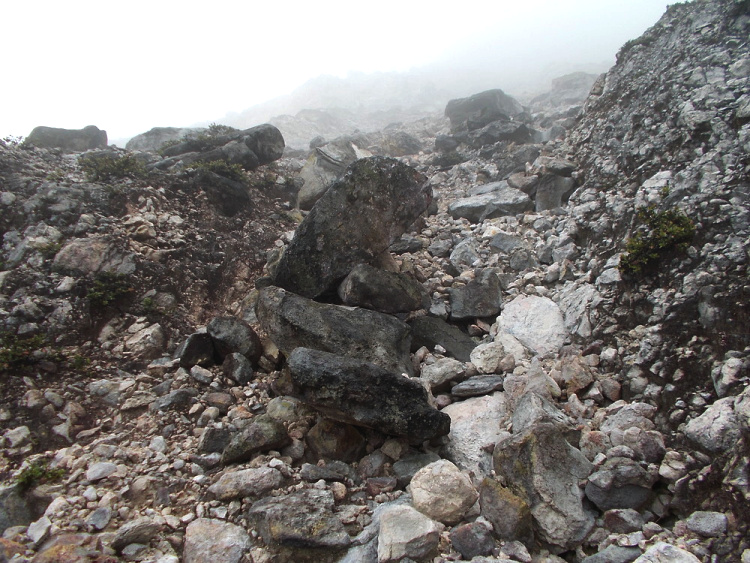 On 3 june 2012 I hopped on a bemo from Kotamobagu to Modoinging, and then after exhausting other paths the day before I managed to find the trail to Ambung by myself. Ambung is known for its sulfur and nesting place for Maleo birds found only on Sulawesi. They cover their eggs deep in a hot volcanic sand and leave it there to hatch (or cook) by itself.

The top was windy, covered in thick fog and foreboding. I climbed it anyway, very carefully. The sulfur has made the terrain very unstable - huge black volcanic rocks are nested in sand crust dried after the rain, which usually breaks after you put your weight on it.

The weather became really unpleasant and started my descent. I wasn't so careful anymore. 3-4 stones broke loose and buried my left leg. I was estimating the damage trying to free up my limb, when heard the rumble behind and above me. The rock fall (on the photo) stopped less than one meter from we, without agreeing with any gravity laws. When I could think again, my mind couldn't help but go back to the Patungs (stone megaliths) I befriended this month in Lore Lindu, which are known as protectors. 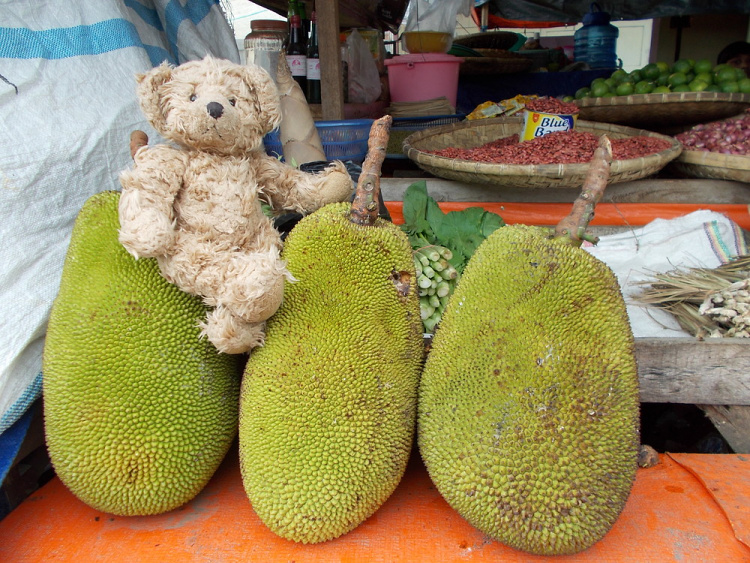 We started from here to Ambung. First day without a guide, we took the wrong trail which was much more wild, steep, and overgrown than the "real" one I found the next day. 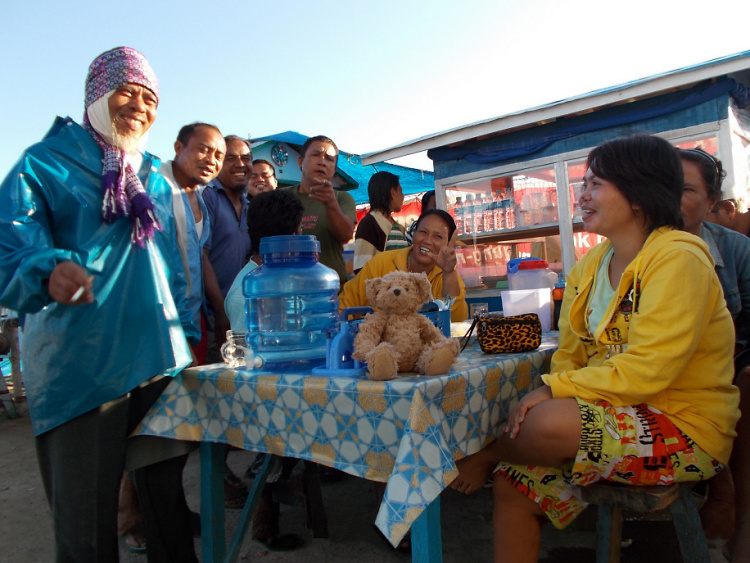 Boats are back with the morning catch. Having my kopi susu (coffee with milk). Indonesians have a sweet tooth, they drink everything with a lot of sugar (gula). Even their soy souce is sweet. They call it ketchup for some reason (kacup manis).