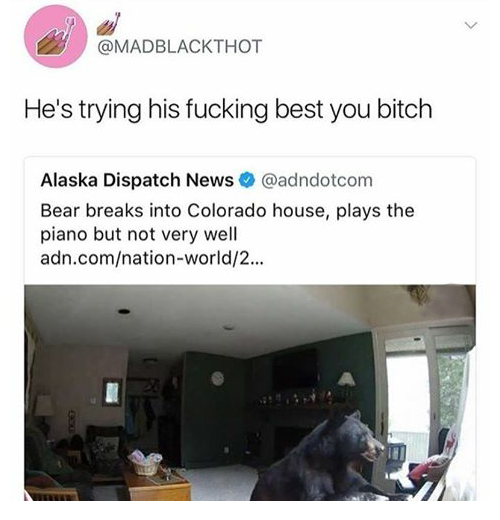 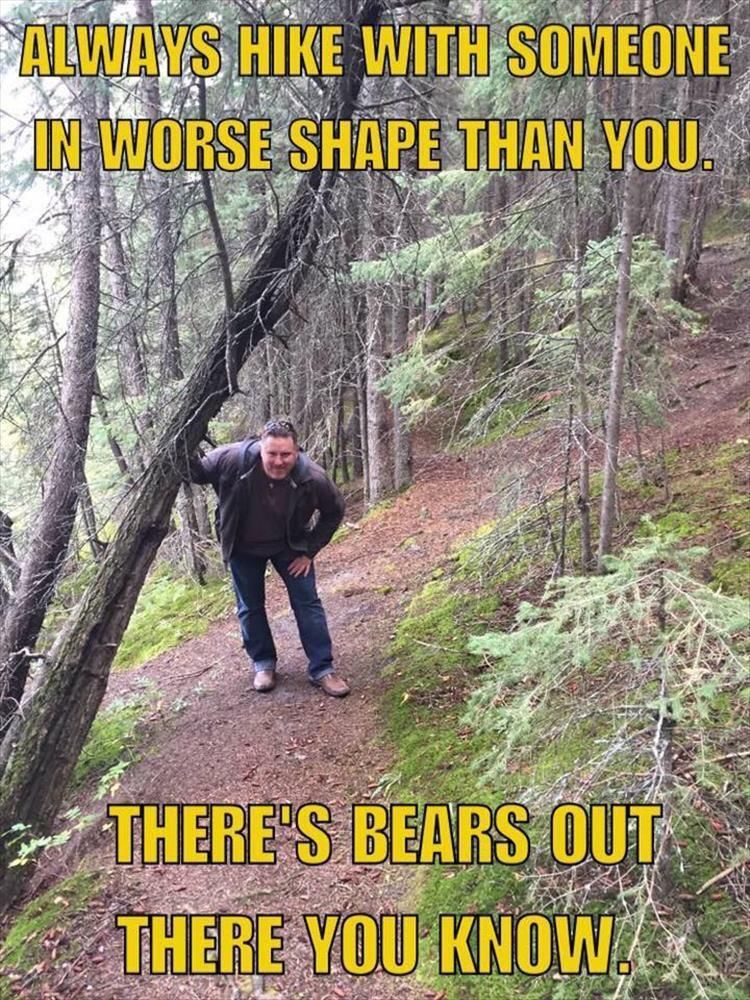 Always hike with somebody in worse shape than you.
There's bears out there you know. 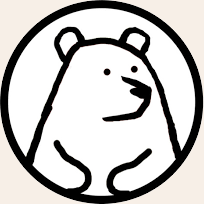 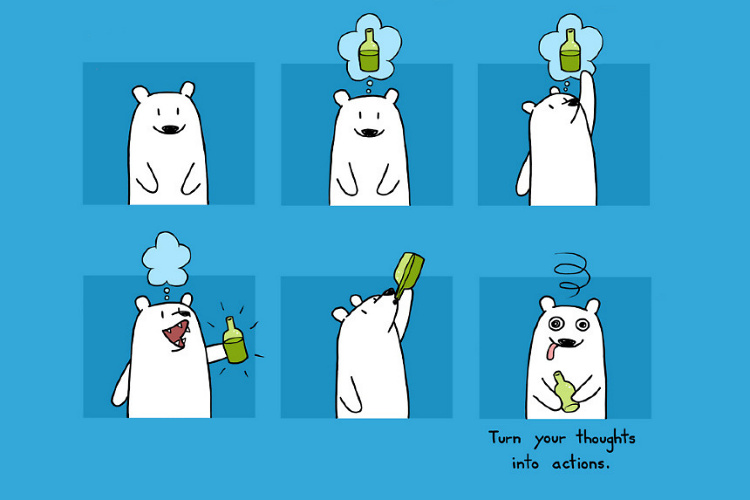 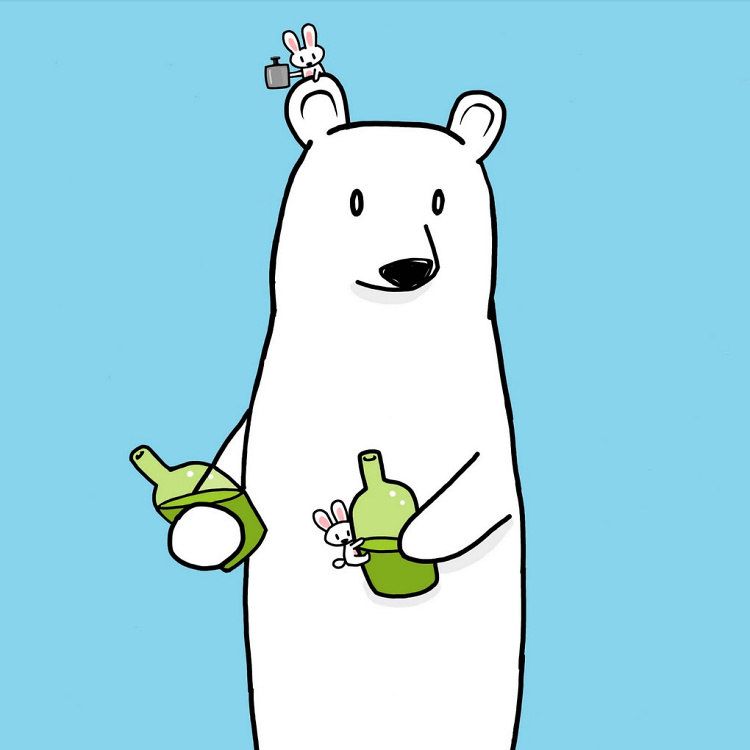 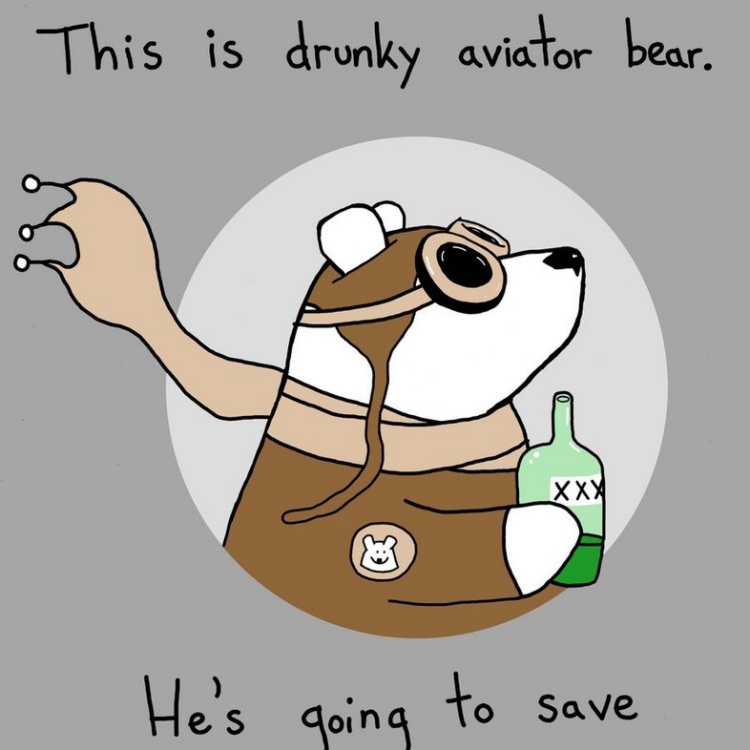 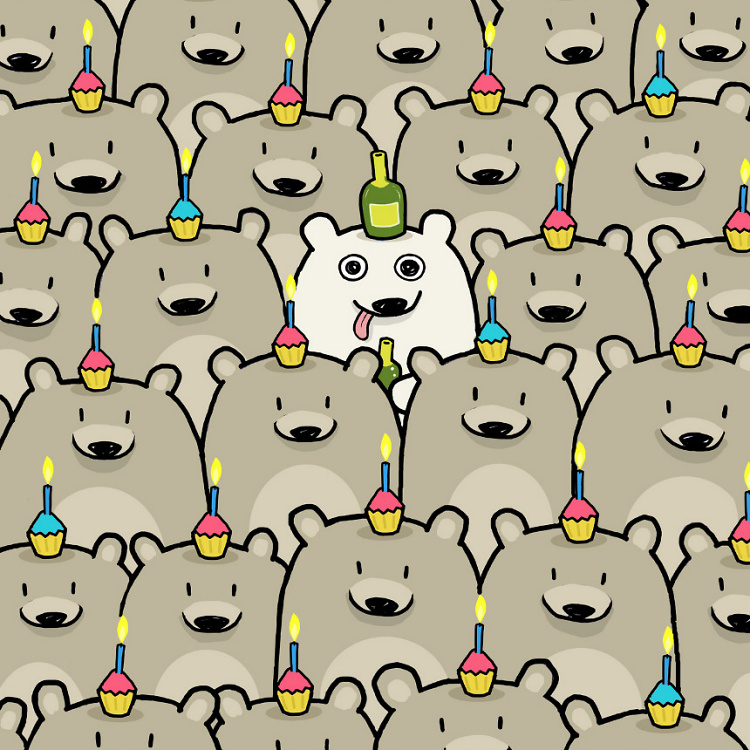 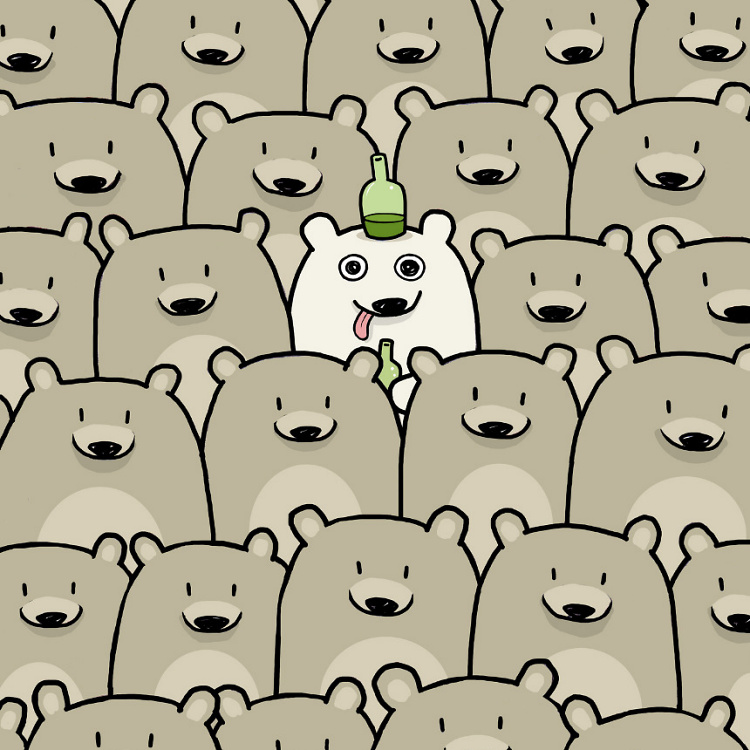 From the collection  Bear cartoons 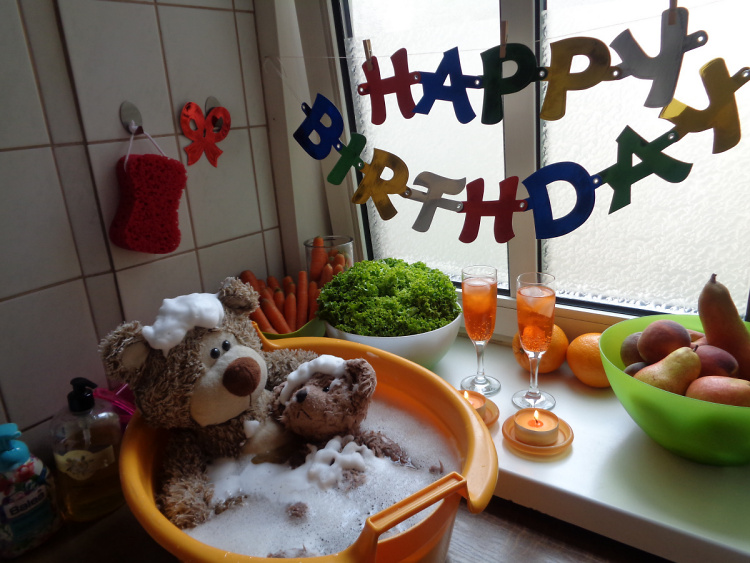 I am having mixed feelings about this...

Furdryer for a birthday present 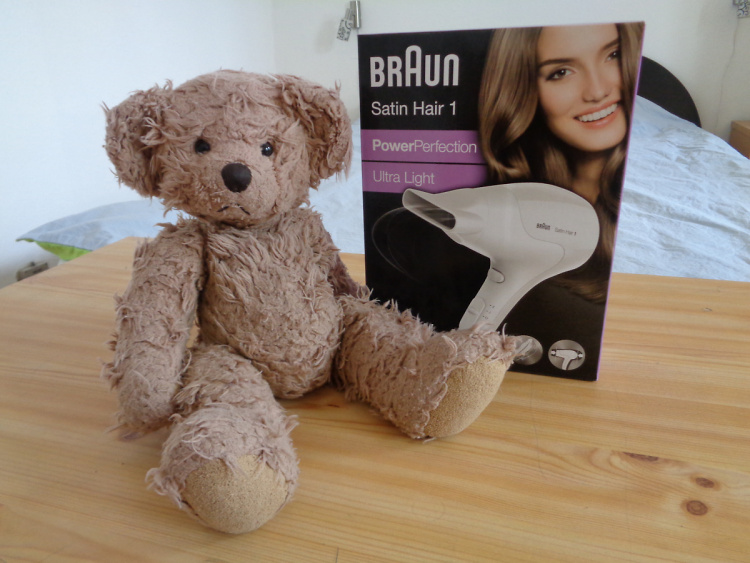 I don't like the way this Birthday is going. This turn not to be carrot cake but Moro soup, and my birthday present is a furdryer. Now, I have to get wet to use it, don't I? At least it is improvement from last year when they took me to the dry cleaner's. 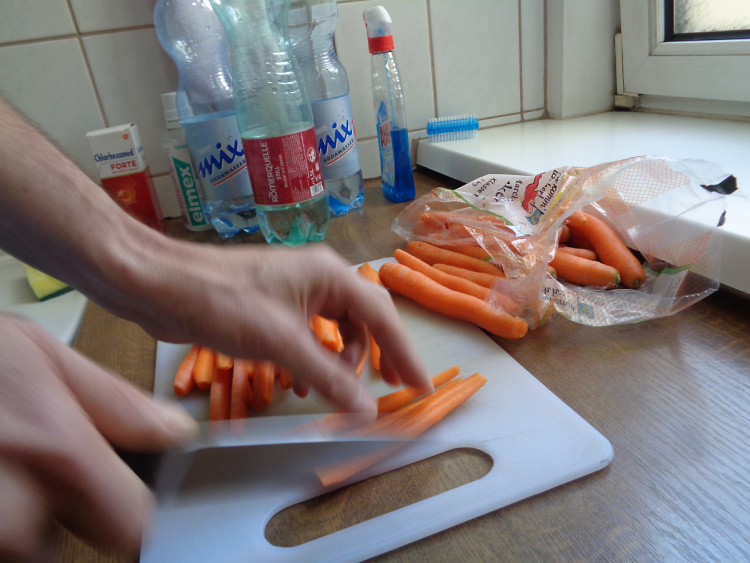 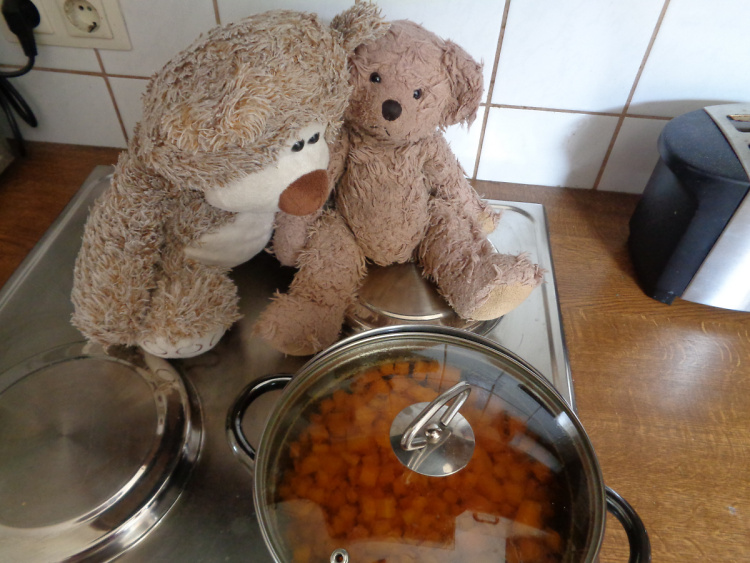 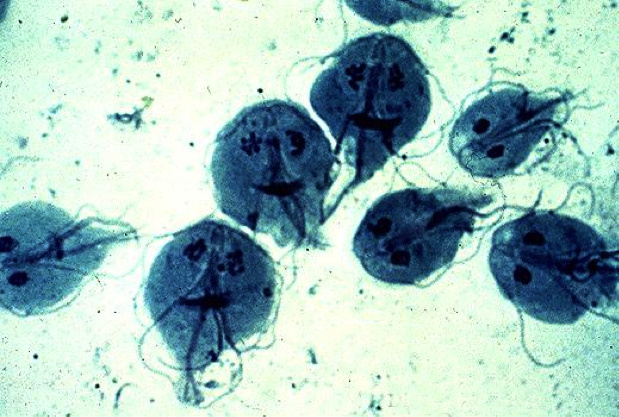 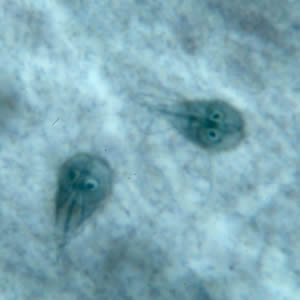 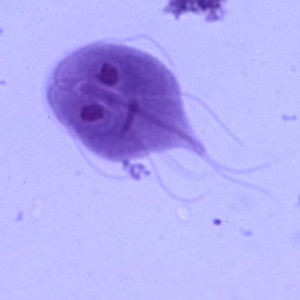 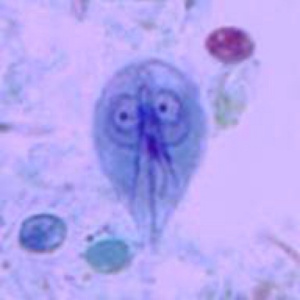 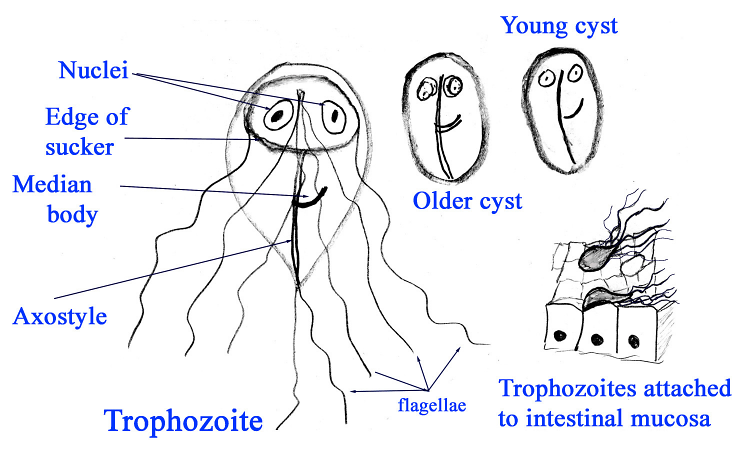 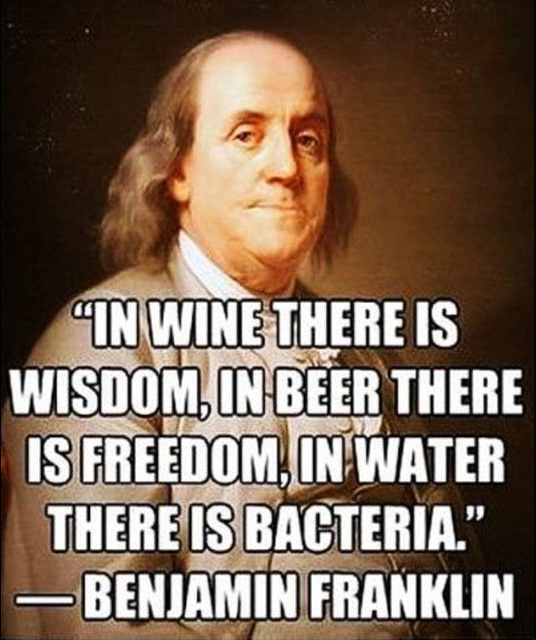