St. Gall and the Bear 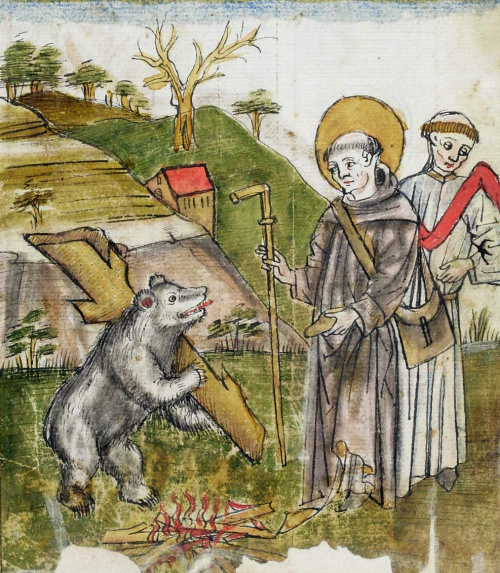 Legend has it that as St Gall was traveling in the woods of what is now Switzerland he was sitting one evening warming his hands at a fire. A bear emerged from the woods and charged. The holy man rebuked the bear, so awed by his presence it stopped its attack and slunk off to the trees. There it gathered firewood before returning to share the heat of the fire with St Gall. The legend says that for the rest of his days St Gall was followed around by his companion the bear. Wikipedia

Published at 09:12
Leave a message